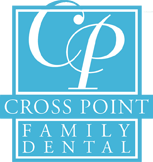 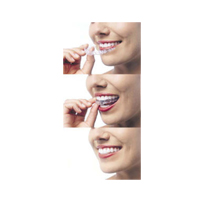 The Invisalign treatment consists of a series of clear, snap-on, custom fit, removable mouth trays that apply a controlled amount of force to your teeth, forcing them to shift. The system provides the same beautiful results as traditional braces, but since the trays are made of clear plastic, they are virtually invisible. In addition, because Invisalign trays are removable, they can be taken out while eating, drinking, brushing and flossing.

The Invisalign System works begins by first creating a series of trays that will each moving your teeth gradually until the end result is achieved. At the end of each two-week period, you will switch trays. Throughout the process, you will visit your dentist every six weeks to ensure treatment is progressing as planned. Once your treatment is complete, you will likely wear a clear retainer to ensure your new smile stays in place.

What people say about us
From reception to dental hygienist to doctor, my experience was wonderful. Very polite and supporting. No complaints! Awesome first visit and looking forward to going back!
Dalice D.

I am a new customer to the dental practice but am very pleased with the level of care that I have a received so far. My hygienist, Stephanie, was very thorough (and gentile) during the cleaning/exam and went above and beyond to assist me with my insurance coverage. 5/5 would recommend to anyone in search of a new dentist!

I have been going to this practice close to 20 years. There was a different doctor before however even the new team is great. No complains over any of their treatments or recommendations.